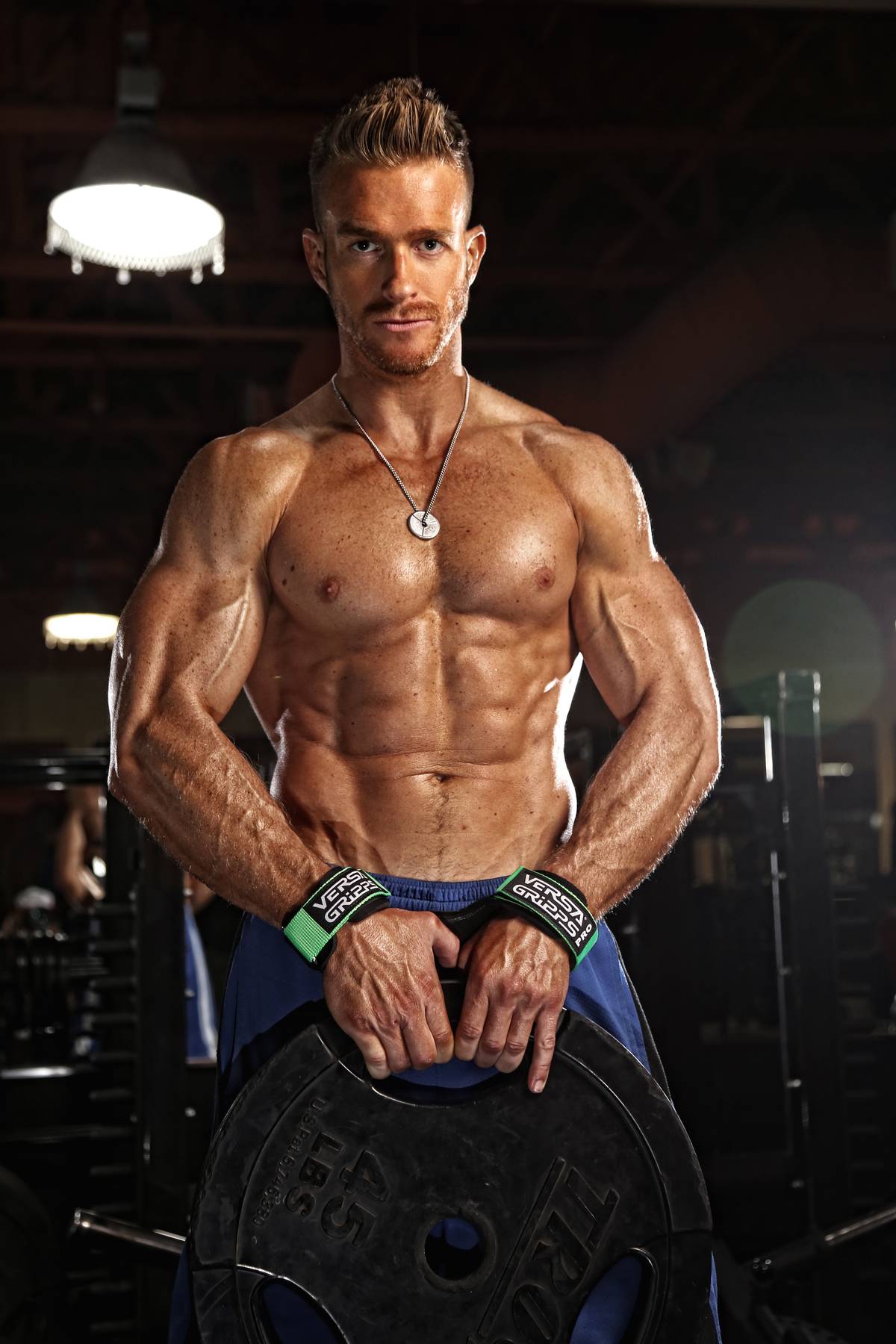 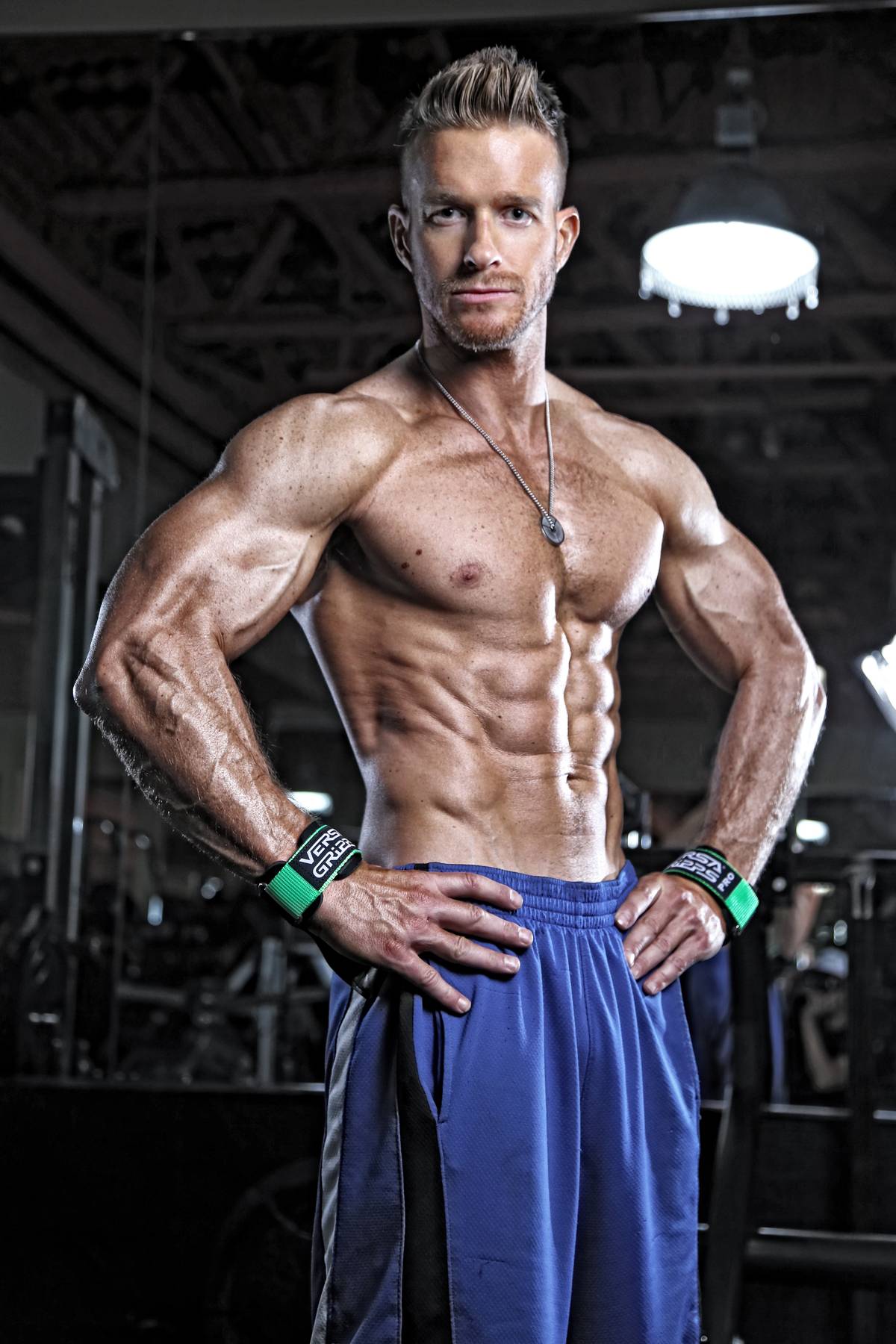 "Versa Gripps has drastically helped my workouts from day one. They are AMAZING quality that will STICK wth you for life. Family owned and operated and they are the kindest, most loving, and giving people you will ever meet." - James Ellis

James Ellis was transformed from a skinny 135 pound high school nerd to 195 pounds of rippling muscle and a body of steel. He captured one of the most esteemed awards at Indiana State University, "Mr. ISU", bodybuilding champion and then moved on to capture the Mr. Wabash bodybuilding champion. Several years down the road he became known as one of the top male fitness cover models and the 2011 WBFF Fitness Model World Champion. Despite the vast transformation that James underwent as a young man, he never forgot the down home roots of his childhood.

James came from a small country town in Indiana, where many of his classmates' after school activities consisted of feeding cows and plowing cornfields. His after school activities consisted of running up to 80 miles a week for cross-country, and hitting up the dance clubs on the weekends with his break-dancing crew. James was a high school slacker, barely holding a 2.0 GPA and was often the source of much ridicule by his peers. James was raised in a two-parent home with strong Christian beliefs, which instilled many of these same conservative values in him. James is the youngest of four siblings, with three older sisters. High school dances and "Drive your tractor to school" days taught James all about “country charm”.

Upon graduation from Fairfield High School, James made a decision that shocked all that knew him and enrolled in college. While many did not expect James to succeed in college, James took some motherly advice and used their doubt as fuel to succeed. It was while in college that James found his "addiction." Spending time in the weight room gave James the opportunity to release his frustrations and at the same time develop a discipline that would and continues to define him to this day. The development of such discipline is typified in one of James's favorite quotes, "Success is my only option; failure is not" from Eminem's - Lose Yourself.

While in college James became a member of the Alpha Tau Omega fraternity which helped him to hatch out of his ‘nerd’ shell. He was also one of the leaders of Campus Crusade for Christ (now known as CRU) for his first couple years of college, which kept him grounded and focused. He wrapped up his last two years of college as a collegiate athlete on the Indiana State University cheer squad and was able to compete in the National Championships both of those years as well. His several hours a day in the gym gave him the opportunity to participate in a few bodybuilding shows, the Mr. Indiana State University & the Mr. Wabash, both of which he took first place.

James graduated on the Dean’s list with a 3.5 GPA with a degree in Elementary Education and a minor in Physical Education. However, upon graduation, James decided that the education field was not one that he wished to pursue. Instead he decided to kiss the country life goodbye and moved to California in pursuit of his dream to become a successful model and actor.

While in California James’s fitness modeling career has blown up. He can be seen in countless infomercials for fitness products. To date James has landed well over 50 fitness magazine covers and is seen on the inside of several different fitness magazines every month.

James has also managed to have some success on the acting side of his career. Some of his acting can be seen in following: Gene Simmons Family Jewels, Bones, Scrubs, Party Down, Mayne Street, Rizzoli & Isles, All My Children, Days of Our Lives, Young & the Restless, Bold & Beautiful, Happy Endings, Breaking-In, 300 Rise of an Empire & The Interview.

James has also appeared on several talk shows, such as, The Tonight Show with Conan O’Brian, Chelsey Lately, The Real, The Queen Latifah Show, The Marie Show, & Bethenny Frankel. He has had over 30 appearances on The Ellen DeGeneres show, and over 5 appearances on Late Night with Jimmy Kimmel & on The Talk too.

James has also had some success with commercials and is most recognized for his two AARP commercials with Betty White. He is also well recognized as being one of the head referee's on the CW’s game show ‘Oh Sit.’

Furthermore, James started his own diet and training company called Scientific Body Sculpting: www.facebook.com/scientificbodysculpting . He also started his own website www.JamesEllisFit.com where you can currently buy his body-part specific workout video downloads.

While James has been able to and will continue to succeed in many of the big cities across America and the World, he will never forget his roots or the good Lord that strengthens him and blesses him with these many great opportunities. As the popular saying goes, “you can take the boy out of the country, but you cannot take the country out of the boy.” James continues to appreciate his trips back to the country to enjoy mom's apple pie.