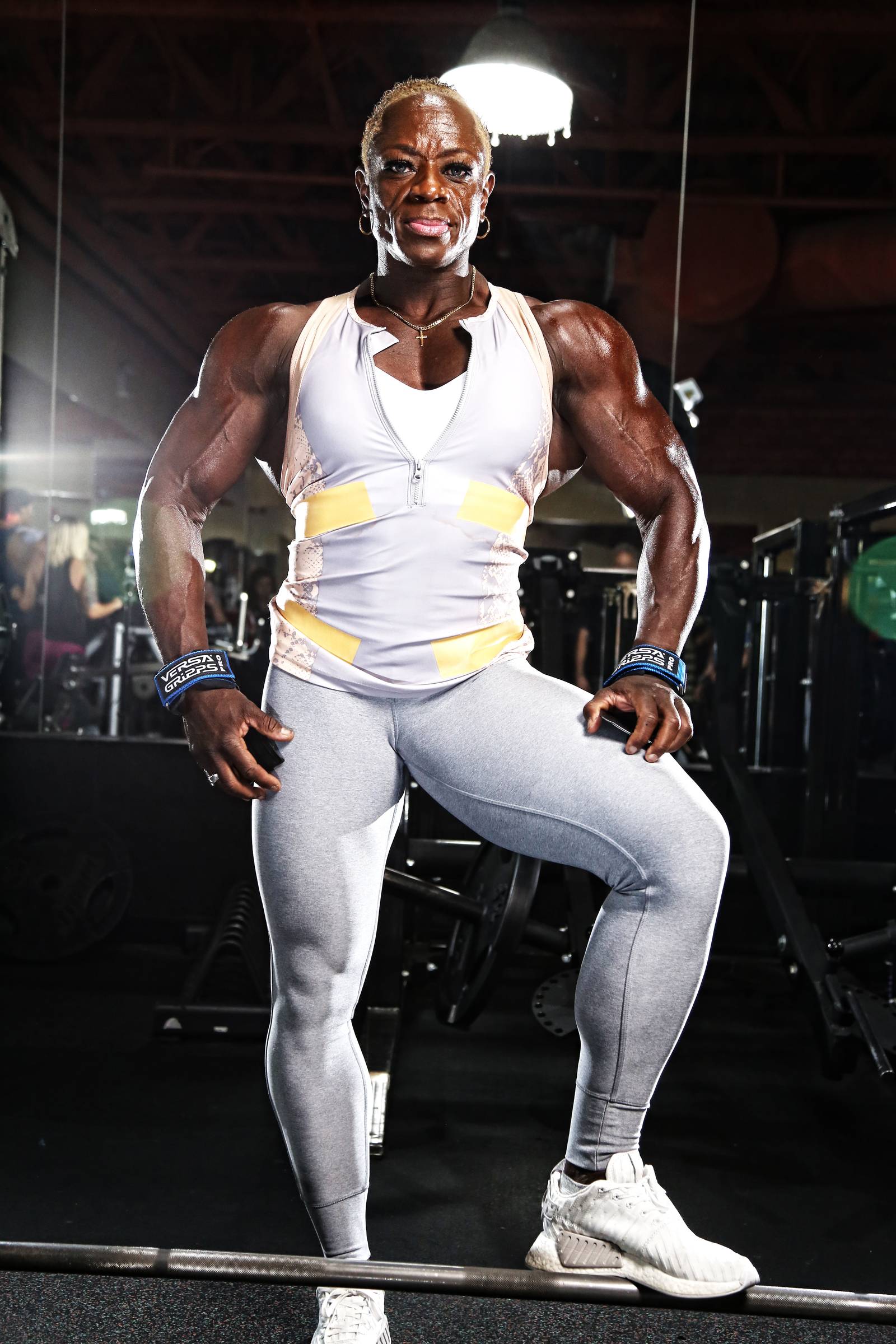 With any discussion of Iris Kyle, it is always best to begin at the beginning. But for Iris Kyle, the beginning may just be her most recent accomplishment. Put simply, Iris Kyle may only just be getting started when it comes to what is already a very impressive bodybuilding career. She is, for lack of a better term, “on a roll”. And that roll may be one that her contemporaries in the pro women’s division may be hard-pressed to stop.

Long recognized by the sport’s cognoscenti and closest followers as an “uncrowned champion at the pro level”, Iris Kyle has been seen as a dramatically underrated competitor at many of her competitions. But the bridesmaid role may have been put to rest forever this past March when Iris won the heavyweight and overall Ms. International crowns in convincing fashion. For her strongest fan following, “it was about time”. For those who have watched pro women’s events over the past several years, it was simply a matter of Iris finally getting her just due.

Amazingly, the Ms. International overall victory was the first for Iris at the pro level. And even though this grizzled veteran had also won the heavyweight class of the Ms. Olympia in 2001, Iris was still lacking the recognition that comes with the contest resume she was quietly, yet steadily putting together.

For example, most fans of the sport may not realize that Iris Kyle has been on the contest trail since 1994 when she won her first amateur contest – the Long Beach Muscle Classic – in southern California. That was a decade ago – 10 years! So when the aspect of “dues paying” is brought up, this longtime Huntington Beach resident has done more than her fair share.

During the above-mentioned decade, Iris has been faithfully advised and coached by IFBB pro competitor Patrick Lynn. Together they have paved her way through the amateur and pro ranks in very successful fashion.

Kyle’s amateur efforts culminated with a heavyweight and overall victory at the 1998 NPC USA Championships in Las Vegas, a victory that earned her a pro card and the chance to flex against the best.

After a rocky pro debut that saw Iris place an unheralded 15th at the 1999 Ms. International, she rebounded strongly with a runner-up placing at the IFBB Pro Worlds in Detroit – an event that qualified her to compete in the Ms. Olympia for the first time. Since then Iris Kyle has put “the petal to the metal” (in this case iron), and worked diligently to reach the top of the sport.

After a close look at Iris’ contest history listed here, a lesser competitor may have experienced a weakened resolve with the number of contest placements that brought her so close to the top spot. Not Iris Kyle. A strong, determined competitor. Her best days may be ahead.

And there is one more very important point to consider with regard to Iris Kyle’s future. Her age is just 30. As Lenda Murray (an 8-time Ms. Olympia winner) leaves the sport this year - she is 42. Should Kyle decide to compete for another dozen years, the mind boggles at what she may accomplish.

Join us at her website to watch what this fabulous bodybuilder has in store!